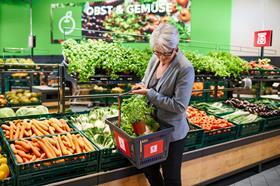 Germans love to eat cabbage during the winter months. Not exactly headline news, but the findings of a new consumer survey commissioned by German supermarket chain Kaufland include more than just that particular nugget of information.

For example, for more than half of consumers, the fact that vegetables are grown in their home region all year round is an important requirement.

And interestingly, more than three decades on from the country’s reunification, an east-west divide remains: 23.5 per cent of those surveyed from East Germany say they eat fresh vegetables every day, even in winter; but in the West, that figure is only 16.5 per cent.

According to the chain, while cabbage topped the list of popular vegetables in winter, carrots, peppers and tomatoes were also very much in demand.

In the north of the country, it found, consumers pay particular attention to freshness when buying their vegetables, while in the south great importance is attached to regional origin.

Conducted by research company Civey, the survey revealed that almost half of Germans say cabbage is their favourite winter vegetable.

The largest groups of winter cabbage lovers are in Schleswig-Holstein (55.2 per cent). Lower Saxony (54.1 per cent) and Thüringen (54.4 per cent). Only in Bavaria do carrots top the list.

Importantly, the survey reveals that Germans want products like tomatoes and peppers in winter too, not just when the weather is warmer.

“These results are also reflected in our Kaufland branches,” says Stefan Lukes, the group’s fruit and vegetable buying director. “Many types of vegetables are also in demand during the winter months.”

To this end, Kaufland has tried to work more closely with German vegetable farmers, so that it can sell homegrown tomatoes, lettuce or herbs in the market all year round.

In the near future, the grocer adds, it will offer peppers from Germany for longer periods of the year.