The South African citrus industry is certainly not taking the European Union’s decision to implement what they call ”unjustified and trade-restrictive” new EU restrictions on their products lying down. 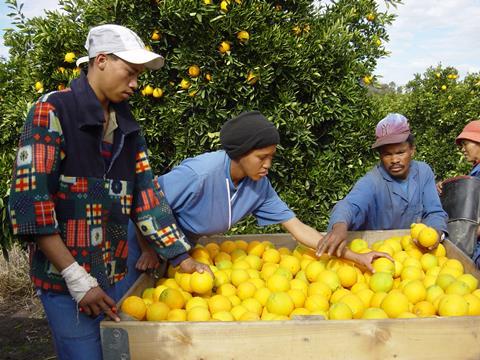 While it is currently engaging with its counterparts in the EU to reconsider these regulations, the industry is now also questioning the integrity of the European Green Deal.

The South African Citrus Industry’s special envoy on market access and EU matters, Deon Joubert, argued that the new regulations carried no technical weight and appeared to be nothing more than a ”politically motivated move by Spanish producers to freeze out Southern Africa citrus from the European market”.

The CGA said that while huge volumes of South African citrus arriving in Europe may have to be destroyed if the new regulations are implemented as indicated on 14 July, a further significant portion of the country’s commercial orange production would also not be able to withstand the new prescribed cold treatment.

“Organic and ’chem-free; oranges are particularly prone to chilling injury and will be most severely impacted, even though no FCM interceptions have been reported in the EU on these environmentally friendly and sustainable orange types.”

“However, of immediate concern is the fact that there are currently numerous shipments of citrus fruit on the water to the EU with phytosanitary certificates issued before 14 July 2022 based on South Africa’s existing systems approach,” it continued. ”These shipments will reach the EU after 14 July, by which time the EU’s new phytosanitary requirements will apply.

“As a result, an estimated 3.2m cartons of citrus valued at R605m (€38.4m) currently on its way to the region could potentially be destroyed by authorities.”

Justin Chadwick, CEO of the CGA, pointed out to growers this weekend that the EU was compromising the aims of its own Green Deal with the new regulations.

“Although this is a domestic policy, it is likely that imported products will also need to comply with these goals.”

Chadwick outlined that growers in South Africa, Eswatini and Zimbabwe supported the goals of the EU Green Deal.

“Then along comes DG SANTE, and in clear policy disjuncture imposes new measures that will result in exactly the opposite,” he said. “The infant organic orange sector in Southern Africa will find it very difficult, if not impossible to comply.

”In the past three years there have been zero interceptions for FCM in organic consignments – the FMS FMC Management System) would have catered for organics as a low-risk product. The illogical, technically flawed, disproportionate, unnecessary EU measure now requires a blanket approach that will go against the objectives of the Green Deal.

“Our FMS has different shipping temperature regimes dependent on phytosanitary status of the fruit,” Chadwick continued. ”The new EU measure now requires a blanket approach with pre-cooling, which will significantly increase the energy usage of all consignments.

”In addition, the clairvoyant/social media approach to notify southern African plant health authorities of implementation (and the impossible dates set) means that there is a risk that hundreds of containers could be held up at EU borders as the authorities try to make sense of a senseless rule.”

“The use of these biological solutions assists in getting the product into the lower risk brackets, meaning less use of plant protection products and more energy efficient cold handling requirements.”

Chadwick stated, however, that the use of these biological solutions does come at a higher cost.

“By subjecting all oranges to the same shipping temperature, the benefit of using these more costly biological solutions is undermined - once again in direct conflict with the goals of the Green Deal,” he concluded.