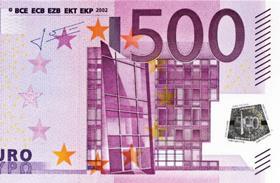 Promotional projects proposed by Belgian marketing board Vlam, Italian marketer Apo Conerpo and Polish vegetable producer organisation Sppiopo are among 33 new programmes that the European Commission has today approvedto promote EU agricultural products in the EU and in third-country markets.

Vlam’s successful application means it has a further €1.2m – half from the EC – to spend on a three-year campaign for Flandrian fresh produce, with the intended target markets understood to be Kazakhstan, India, Japan, Russia, North America and the Middle East.

Apo Conerpo, which splits its fresh produce operations across two separate business units, Naturitalia and Agrintesa, has been granted a total of €1.86m over the same period, to be matched by a combination of its own funding and national support.

Spioppo, meanwhile, is in line to receive just under €1.55m, for a total approved three-year budget of €3.1m, in order to promote sales of its fresh tomatoes and cucumbers in both Poland and Germany.

Among the other beneficiaries in the fresh produce industry are Bulgarian associations BAAP and BNHU, Cypriot potato supplier Panagrotikos and the British Leafy Salads Association. For a full list, click here.

Worth €108m over 3 years – half of which (€54 million) comes from the EU budget, the programmes are designed to help open new markets and increase the consumption of promoted products inside and outside the EU.

According to the Commission, the measures financed can consist of different types of promotional campaigns highlighting the advantages of EU products, especially in terms of quality, food safety and hygiene, nutrition, labelling, animal welfare or environmentally friendly production methods.

EU Commissioner for Agriculture and Rural development Phil Hogan said: “I welcome these new programmes, especially in the context of the recent market difficulties. Such programmes are important for establishing new market opportunities, in particular on non-EU markets, and thereby help stimulate growth and jobs in the agri-food sector.”

While covering a wide range of product categories, notably those hit by recent market difficulties, such as dairy products, the new round of funding is also set to benefit fresh and processed fruit and vegetables, as well as meat, products with geographical certification, olive oil and organic produce.

“This represents the continuation of a trend of promoting EU products on third country markets which was set with the approved programmes during the first promotion wave of 2015,” the Commission noted.

Moreover, two of the accepted programmes are so-called multi-programmes, backed by organisations in different EU countries, something which the EC is known to increasingly favour.

The programmes announced this week constitute the final wave of programmes under the so-called ’old' system.

From 1 December, new rules on promotion of agricultural products will see a number of important changes, including a wider scope of beneficiaries and eligible products, procedural changes, the introduction of an annual work programme and calls for proposals and – crucially – an increase in terms of budget and EU co-financing rates. The budget for 2016 will be larger at €111m.