Positive signs for suppliers in Europe 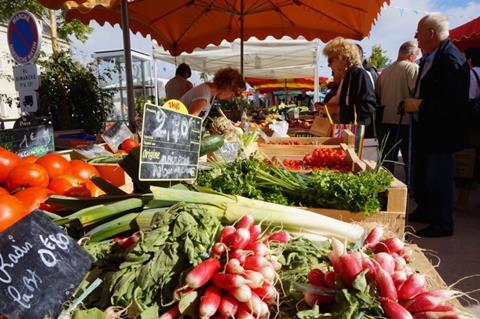 New research published by Euromonitor International suggests fresh fruit and vegetable categories that can offer western European consumers convenience and even indulgence are bucking a recent decline in sales and helping to restore value to the fresh produce market, while a resurgence of interest in healthy eating bodes well for the future of the business overall.

While per-capita consumption of fresh fruit and veg in the region has fallen over the past five years, areas such as fruit snacks and fresh-cut fruit have shown percentage growth up around the 20 per cent mark, indicating there is potential room for growth in such value-added categories.

Anastasia Alieva, Euromonitor International’s head of fresh food research, said that while fresh meat consumption was falling in western Europe – mainly due to greater consumer interest in vegetarian and vegan diets as well as growing concerns about health issues – fruits and vegetables were in fact gaining in popularity, with organic produce increasingly in demand.

Organic fresh produce did appear to be outperforming conventional categories in certain key countries, she added, with sales of organic fruit now approaching 15 per cent of the UK market and organic vegetables commanding at least a 10 per cent share of sales in both the UK and Spain.

Oranges and soft citrus alone accounted for more than 20 per cent of the market, although the volume sold has fallen since 2009.

In terms of growth, blueberries remain the stand-out performer with a compound annual growth rate of almost 6 per cent for the period 2009-14.

Other fruit categories achieving growth over that time were cherries (2.2 per cent), bananas (1.8 per cent), strawberries (1.5 per cent), peaches and nectarines (0.6 per cent) and grapes (0.2 per cent).

Meanwhile, the volume of fresh vegetables sold in western Europe during 2014 was 36.13m tonnes, with the largest single categorym, tomatoes, accounting for 31 per cent of the volume.

Growth in the vegetable market has been marginal overall during the past five years, with certain categories such as tomatoes, brassicas and maize showing a 0.5 per cent compound annual increase in volumes sold.

For other vegetable types the rate of growth in 2009-14 was minimal, while for onions there has been an 0.2 per cent annual decrease in the size of the market in western Europe.