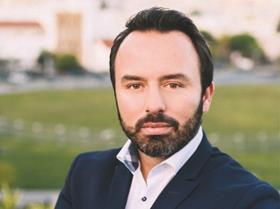 Pure Harvest, the UAE-based multimillion-dollar start-up and brain-child of US entrepreneur Sky Kurtz, has set its sights on Saudi Arabia, as it aims to continue its efforts to support domestic economies with local, healthy and safe produce.

“We are trying to bring back a nostalgic connection to food that is local, that supports your local economy – but also is flavourful, is healthy and is safe,” Kurtz told Arab News.

A key goal of Pure Harvest is to reduce the Gulf’s dependence on food imports – the UAE imports up to 90 per cent of its food, with Saudi Arabia similarly reliant – and Kurtz regards improving the taste of locally grown produce as one of the primary solutions.

“We have an abundance of light, an abundance of labour, cheap land and 0 per cent corporate taxes,” he said, adding that climate-controlled greenhouses offer optimal conditions for growing fruit and vegetables year-round. “Our slogan at the company is: ‘It tastes like it should’.”

According to Arab News, Pure Harvest produces approximately 2 tonnes of tomatoes a day, with plans underway to add lettuces and strawberries to the range. “We believe that if we can bring down the cost and improve the affordability and availability of these crops, we can massively grow those markets,” said Kurtz. “We believe that we can deliver that here at a more affordable price than other companies that import.”

Pure Harvest has supplied the UAE’s hotels, restaurants, caterers and a number of supermarkets since it began trading. The concept was set up late in 2016, initially raising US$5.8m in 2017 thanks to financing from Shorooq Partners and the Mohammed bin Rashid Innovation Fund.

In October 2018, Pure Harvest started production trials in the desert outside Abu Dhabi. Now, having secured new international funding to help secure land rentals from governments and pay for various resources, the company plans to create a farm of over 12ha, according to Kurtz.

Environmentally, the concept stands to be a boon for the region, he added, reducing the emissions caused by airfreighted produce and lowering water use. “We use less than 32 litres of water per kilogram of production,” he explained. “A typical farm in the UAE uses over 260 litres.”

Kurtz revealed that the company is equally investigating the potential use of solar energy on the farm, not only to power the company’s operations, but also to be sold on to the national grid.

According to Kurtz, Pure Harvest plans to start operations in Saudi Arabia during the second half of 2020.