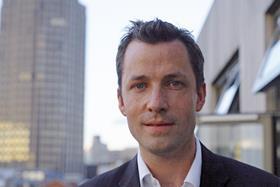 Without doubt, Brexit and the coronavirus pandemic have highlighted the very real challenge of labour shortages in the UK’s fresh produce industry, but it’s crucial to remember that these were already growing issues prior to the referendum and the outbreak.

According to Dan Crossley, executive director at the Food Ethics Council, the focus shouldn’t just be on the numbers, but also on the quality and treatment of workers.

“The Covid-19 outbreak has highlighted lots about our food system – not least the determination, collective spirit and hard work shown by many thousands in our food and farming sectors,” he says. “However, it has also put in focus how fragile our industrialised food system is, too often built on cheap, insecure labour and outsourcing of environmental damage. We need to transform our food system – to put it back on a more resilient and sustainable footing. This includes food and farming jobs being properly rewarded and people in those roles being treated fairly, as the key workers they truly are.”

One of the main issues, Crossley believes, is low prices. “We need to recognise that we’re not paying the true cost of our food,” he says. “Someone is losing out, and it’s often the picker. The price paid at the checkout needs to be fairer, rather than relying on taxes to sort out all the problems after the fact. For this you need government intervention. There’s a lot that needs to happen. We need to look at our economic model and have a debate about what’s important to people. All the embodied carbon and water, and blood and sweat – that needs to be taken into account.”

Crossley equally identifies the need for a shift in mindset. “We need to stop seeing people as consumers, but as food citizens,” he says. “Clearly regulation has a significant role to play in order to incentivise better agricultural practices, but we also have roles as individuals. We are all emergency responders now, so we all need to help change the system.”

Unless we ask questions about mindsets and economic models, he says, we simply won’t be in a position to change anything. “Where are our pensions invested, for example?” he asks. “Are they being invested in fair food systems? This is fundamental to the survival of good fruit and vegetable farms. If companies don’t think about how their workers are treated or how much is wasted at the farm, there is a direct commercial impact on their businesses. Conversely, there is a commercial benefit to following good practices.”

Encouraging people to make better food choices is also crucial, according to Crossley. “What difference does it make if I buy an organic apple over a conventional one, for example, or a Fairtrade banana over a conventional one?” he asks. “We need to incentivise healthy choices and disincentivise unhealthy options, in part through taxes. There has been a reluctance to intervene by governments. Talk of nanny-statism neglects the influence of advertising. Governments should be prepared to intervene and try to involve people more in policy decisions. We have to tackle the disproportionate influence wielded by junk food manufacturers and their huge marketing budgets.”

According to Crossley, there is a huge opportunity for food to contribute to healthier diets and a healthier society. “There is nowhere near enough attention paid to food and the good that healthy food habits can bring,” he says. “When we come together, we have more power and more of a say in how our food system is run. So we need to work out how we can get people to participate in campaigns or join cooperatives in order to give people more of a stake. In the UK, Riverford’s employee ownership structure is one example of how you can do this.”

Back to Brexit, and Crossley sees both opportunities and threats. “There is a big risk that the standards we enjoy, including workers’ rights and environmental protections, could be undermined by some of the trade deals the UK is desperate to seal,” he laments. “Things like chlorinated chicken and cheaper imports could undercut our high standards. It’s impossible to predict. If it leads to a rise in consciousness about how and what we eat, that could lead to more seasonality and more localness. But trade is so important for the UK, and we need to continue learning from other countries that are doing things well.”