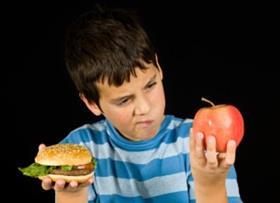 A research paper from the UK government recommending a dietary shift away from high-carbon foods toward plant-based foods has been deleted by the Department for Business, according to the BBC.

'We have no plans whatsoever to dictate consumer behaviour in this way,” the department stated. “For that reason, our Net Zero Strategy published yesterday contained no such plans.”

Researchers from the Behavioural Insights Unit had recommended a tax on producers or retailers of 'high-carbon foods' to incentivise plant-based and local food diets in order to tackle climate change.

Warning that an “unsophisticated meat tax would be highly regressive”, the paper suggests 'building support for a bold policy”, including promoting plant-based diets in universities, as well as in hospitals, schools, prisons, courts and military facilities.

According to the researchers, 'asking people to directly eat less meat and dairy is a major political challenge”. However, they suggest that through positive portrayal and 'smaller asks”, such as encouraging people to learn a new recipe, change may be possible.

The government’s Department for Business deleted the paper soon after it was published, the BBC revealed.