United message on role of organics 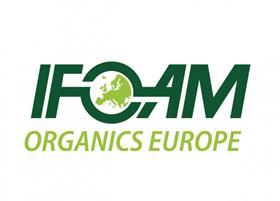 Speakers from the European Commission, the European Parliament and the German Presidency of the EU Council were united in their views on the future of organic farming at last week's online European Organic Congress 2020.

The message from all was clear: the world is experiencing a biodiversity and climate crisis, and organic food and farming will be part of the solution.

Jan Plagge, recently re-elected president of the newly rebranded IFOAM Organics Europe, commented: “What we heard from the speakers from the Commission is that they are serious about the target of 25 per cent organic land by 2030 through an ambitious Farm to Fork strategy. As the organic movement, we appreciate that they are putting organic at the heart of the transition to sustainable and fair food systems. But we still have much to do and no time to waste to make European food and farming more resilient after the Covid-19 crisis showed the food system’s weaknesses.”

'A clear way to reaching 25 per cent organic land at EU level by 2030,' he said, 'is for Member States to set national targets in their CAP Strategic Plans and to ensure that the policy rewards farmers providing public goods, going beyond the income foregone logic.”

Felix Prinz zu Löwenstein, chairman of the German Association of Organic Farmers, Food Processors and Retailers (BöLW), highlighted the need for organic actors to be agents of change to make the target for organic land a reality.

“As the German organic movement, we will take our responsibility working towards a sustainable agrifood system during The Council Presidency,' he said. 'We expect the German Presidency to achieve an ambitious Council position on the Common Agricultural Policy (CAP), so that the policy gives a clear perspective to the sector and to society as a whole on how it will contribute to public goods.”

At its recent general assembly, IFOAM Organics Europe's members elected a new board and re-elected Jan Plagge of Bioland as president. Marian Blom, knowledge and innovation project leader at Bionext, was re-elected as vice-president, while Dora Drexler, director of öMKI, the Hungarian Research Institute of Organic Agriculture, was newly elected vice-president.

“Actions from all actors of the supply chain are key to build a fair and sustainable food system,' said Blom. 'We will work with organic farmers, processors, retailers, certifiers, researchers and consumers to further increase the contribution of organic food and farming to a sustainable Europe. I am proud that IFOAM Organics Europe represents them all, ensuring the organic movement speaks with one voice in Brussels. Our new brand is clearer, and shows better how we are connected to IFOAM Organics International, the global umbrella organisation for organic food and farming.”