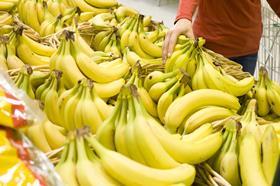 The UK government's plan to temporarily abolish tariffs on the majority of fresh fruit and vegetable imports in the event of a no-deal Brexit has created yet more uncertainty for the fresh produce trade.

The new schedule of trade tariffs states that import duties will be cut to zero on all but a small handful of products, retaining a rate of €114 per tonne on fresh bananas, a 16 per cent levy on dried bananas, 10.4 per cent plus €1.60 per kilo on fresh or shelled beans, 6 per cent on whole vanilla and 8 per cent on whole cloves.

The publication of an apparently flat rate for bananas has raised eyebrows among those importing the fruit into the UK, given that the EU's present regime applies different rates to different sources of supply.

In the meantime, most major producers in Latin America – Costa Rica, El Salvador, Honduras, Guatemala, Nicaragua, Panama, Peru, Colombia and Ecuador – have free trade agreements with the EU that are due to bring their tariff rates down to €75 per tonne by the start of 2020.

Last year, the UK's biggest supplier Colombia shipped 276,000 tonnes of bananas worth US$214.3m to the market. According to data from ITC, those bananas were subject to an average tariff rate of 7.5 per cent, which works out as US$16.1m or €14.25m.

The chief executive of one major multinational supplying the UK market told Fruitnet: 'We've been informed that the rate will be €114 per tonne for bananas, but what's not clear is what this means for fruit that currently comes into the country on a lower tariff rate. Maybe we'll find out more in the coming days.'

The zeroing of tariffs could also have a significant impact on the UK's apple and pear imports.

At present, apples and pears imported into the UK from the Southern Hemisphere face a higher tariff between 1 August and 31 December, a regime that protects the EU's own considerable production.

For those importers in the UK who do bring in apples after 1 August, sourcing varieties like Pink Lady, Jazz and Braeburn from the Southern Hemisphere, the UK government's plan represents a potential liberalisation of trade - but only in instances where a trade agreement hasn’t already removed the baseline MFN duty.

Elsewhere, the abolition of import tariffs could in theory mean that products currently sourced in large volumes from other EU countries, such as oranges, tomatoes or berries, would face greater competition from non-EU countries, particularly in the Mediterranean.

At face value, the zeroing would mean those products were no longer subject to the EU's existing tariff restrictions. However, it remains unclear whether in fact there would be savings for importers, as certain countries outside the EU already have bilateral free trade agreements with the union.

South African citrus, for example, would apparently no longer be restricted in terms of what period of the year it can send citrus to the UK without incurring duties, but it’s important to remember that the bulk of its shipments enter the UK tariff-free in the period June to September.

Jack Ward, chief executive of the British Growers Association, suggested that although a no-deal scenario would cause uncertainty for many businesses in the UK and create a number of challenges, the government’s latest move to declare zero tariffs on most ranges of fruit and vegetables was likely to have a lesser impact.

“A no-deal scenario clearly raises a lot of questions, about how the market will operate and how goods will travel back and forth across the Channel,” he said. “One of the major inputs for growers is seasonal and permanent labour. In a low unemployment economy, the industry is very reliant on EU workers and the current situation is making an already difficult situation even harder.”

Ward said that a message needed to be sent to Westminster that Brexit could be an opportunity for British growers. “The industry needs to be ambitious,” he said. “We should be seeking to increase British growers’ share of the UK market, encouraging retailers to look local rather than searching further afield for production.”

The UK has a great track record of producing high-quality fresh products, he said, and the shaping of a new Agriculture Bill offered an opportunity to give more prominence to fruit and vegetables.

“The Common Agricultural Policy (CAP) provided relatively little support for fruit and vegetables, which we both under-consume and under-produce in this country,” said Ward. “The new Agriculture Bill is a great chance to strengthen the arm of the UK fruit and vegetables category and boost production.”

The solidarity of UK consumers would also play a role after Brexit, he suggested, with retailers equally likely to want to show their loyalty.

“The signs coming from the UK supermarkets are that they want to buy British if the volumes, prices and specifications are right,” he said. “Generally, the public expect to see British produce on sale, and they could be even more supportive of British producers after Brexit. But this kind of loyalty will only stretch so far, as price still counts.”

This article was amended to clarify the fact that current FTAs between the EU and non-EU countries have reduced or removed MFN tariff rates on certain imports.