‘Eat Them to Defeat Them’ generates £34m in veg sales 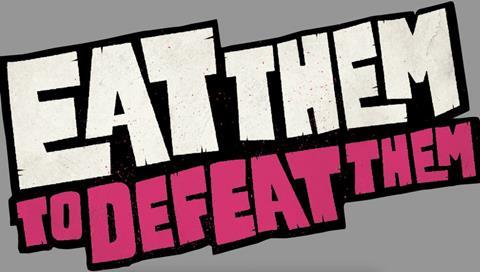 Veg Power and ITV announced today (10 November) that this year’s Eat Them To Defeat Them, the multi award-winning campaign to encourage children to eat vegetables, directly led to an additional £34.1 million in sales of veg nationwide. This brings the total increase in veg sales to £132 million over the four years since the campaign began in 2019, which is equivalent to an extra 1.4 billion children’s veg portions.

Econometric analysis of retail sales data donated by IRI Worldwide from 2019 through to 31st August 2022, conducted by independent consultancy Pearl Metrics, confirmed the continued success of the campaign to increase children’s veg consumption since its launch in 2019. Econometrics modelling collects an exhaustive set of data on all the key attributes needed in order to account for variables in vegetable sales including retail sales, media, promotions, veganism, seasonality and weather, Covid-19, Christmas. The analysis strips out all the other factors affecting these sales in order to isolate the effects of the campaign.

Running for its fourth consecutive year, the £3.5 million 2022 campaign was supported by ITV, alongside Channel 4, Sky, STV and twelve other media partners, and involved adverts appearing in mainstream TV in February and March, reaching 61% of households with children aged 4-9. Funding was provided by major supermarket and food brands Aldi, ASDA, Coop, Dole, Lidl, Sainsbury’s, Tesco and Waitrose.

The schools’ programme reached more children than ever before in 2022, with 1 million children taking part across 3,850 schools. Participating schools enjoyed veg tasting sessions, teaching aids and games. Kids also received a vegetable reward chart and sticker pack to encourage their veg eating habits at home. The ad was developed by adam&eveDDB who work on the campaign pro bono and supported by media agency Essence who planned the off-air media for the campaign.

In addition to increasing retail sales of vegetables, the campaign also increased veg consumption within the 3,850 schools that participated in the 2022 campaign. 77% of these schools confirmed their kids ate more vegetables in school as a result. An independent study conducted by Loughborough University in partnership with school caterers HC3S also showed up to a 21% reduction in plate waste in schools during the campaign which was also evident in the immediate post campaign period with up to 25% reduction in plate waste.

The campaign’s effectiveness has recently been recognised in several industry awards. Eat Them To Defeat Them won a Gold award and The President’s Special Prize for Behavioural Change at this year’s Institute of Practitioners in Advertising (IPA) Effectiveness Awards. These awards are acknowledged as the world’s most rigorous and prestigious, requiring the winners to demonstrate the value created by their marketing and communications activity. In addition, the campaign was also awarded a gold at The Effie Awards in the Social Good category, highlighting the effective use of communications for a social cause. The strength of the partnership between Veg Power and ITV was also recognised by winning the Corporate Partnership of the Year category at the Third Sector Awards.

Dan Parker, chief executive, Veg Power commented: “These latest results are outstanding and demonstrate not only the effectiveness of the campaign but also the strength of the enduring partnerships on which this campaign has been built. Veg Power and ITV’s campaign brings together a wide range of organisations including media companies, the advertising industry and grocers together with a huge community of schools and caterers working to support families to raise healthier children.”

Susie Braun, director of social purpose, ITV said: “Eat Them to Defeat Them’s continuing success is something every partner involved in the campaign should be very proud of. The results show the same thing year after year: this initiative succeeds in getting more vegetables into shopping baskets and children’s tummies - as much as 1.4 billion portions. Every parent wants their child to eat more vegetables so that’s 1.4 billion reasons to celebrate.”

The campaign will be returning in February 2023 with ITV, Channel 4 and Sky as key partners and a schools’ programme has also been confirmed.