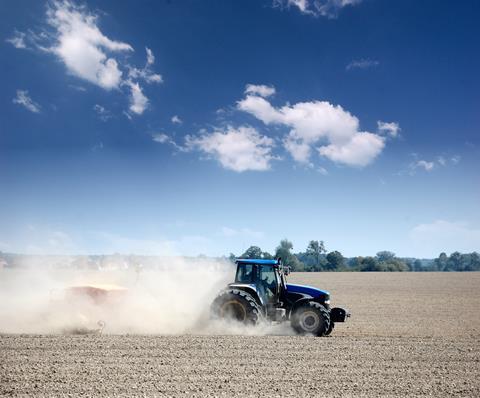 The government’s long-awaited plan to transform its food system has been heavily criticised by its own lead adviser for failing to set out a “clear vision”.

Founder of the Leon food chain, Henry Dimbleby, who was the architect of last year’s extensive review of England’s food system, said the government’s subsequent policy document was not detailed enough to be called a genuine ‘strategy’.

He pointed out that only about half of his recommendations had been included.

The main focus of the strategy is on supporting domestic production to improve food security rather than tackling obesity. And the policy proposals have been criticised for rejecting a tax on salt and sugar in processed foods and rowing back on environmental commitments.

“It doesn’t set out a clear vision as to why we have the problems we have now and it doesn’t set out what needs to be done,” he told The Guardian before the document was officially introduced into the House of Commons by Defra Secretary George Eustice on Monday 13 June.

Under the government’s plans, farmers are being supported to “broadly maintain” levels of domestic food production to help guard against future economic shocks, with a focus on expanding production in horticulture and seafood.

This will involve investment in domestic glasshouse production of tomatoes and cucumbers as well as the seafood industry as a “potentially lower-carbon and healthy source of protein”.

Announcing the blueprint of the policy document, Boris Johnson said it laid out “how we will back farmers, boost British industry and help protect people against the impacts of future economic shocks by safeguarding our food security”.

He added that by “harnessing new technologies and innovation”, the UK can grow and eat more of its own food. This will unlock jobs across the country and help grow the economy, he said, which in turn will help reduce pressure on food prices.

The strategy includes plans to consult on a goal for 50 per cent of public sector food spend to be allocated to food produced locally or certified to higher standards, and for a framework to be published for land use in England next year. But the final strategy doesn’t include many of Dimbleby’s key recommendations.

In his review last year, Dimbleby made a raft of suggestions including a major expansion to free school meals, higher environmental and welfare standards in farming, and a 30 per cent reduction in meat and dairy consumption.

The Leon founder expressed his disappointment that the plan includes no ambition to reduce meat consumption, stressing to The Guardian that “meat consumption in this country is not compatible with a farming system that protects agriculture and sequesters carbon”.

Currently, 85 per cent of farmed UK land is either used to grow food for livestock or to rear animals for meat.

Recommendations on diet and public health, including a tax on sugar and salt to fund healthy food options for people in food poverty, were also missed out. Instead, the issue was pushed back to an upcoming white paper on health inequalities.

Dimbleby urged health secretary Sajid Javid to “be bold and brave in a difficult political context and act to break that junk food cycle”.

When it comes to free school meals, the government wrote that it would “continue to keep eligibility under review, to ensure that these meals are supporting those who most need them”.

The government highlighted the fact that it had permanently extended entitlement of free school meals to ‘No Recourse to Public Funds (NRPF)’ families, as well as continuing with Universal Infant Free School Meals (UIFSM) in English state schools and the National School Breakfast Programme (NSBP) for schools in disadvantaged areas.

However, Dimbleby stressed there was even greater need for free school meals now than when he published his review last year, which recommended that as many as 1.5 million more children in England receive them.

“With inflation as it is, both the amount spent on free school meals is significantly less in real terms than it was a year ago and the number of people who need it is significantly more – we need to tackle that,” he told The Guardian.