Organic farming on the rise in UK 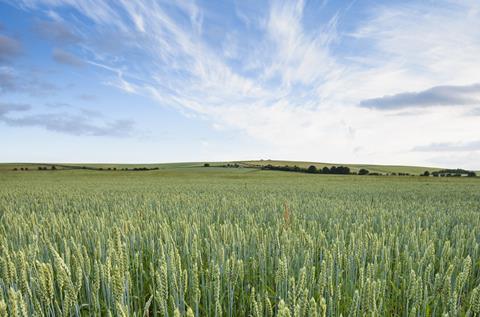 Organic farming on the rise in UK

A growing number of farmers are converting to organic as nature-friendly farming increasingly meets consumer demand and offers resilience, according to Soil Association Certification.

Data released by Defra yesterday (12 May) has revealed that land going through the two-year conversion period to organic rose by 34 per cent in 2021, compared to the previous year. UK organic land also rose by 3.6 per cent last year, following a rise of 0.8 per cent in 2020.

Sophie Kirk, business development manager for Soil Association Certification, said: “It is encouraging to see that the latest statistics show confidence in organic farming is on the rise in the UK. Our farming sector has dealt with many shocks over the last few years but opportunities for sustainable farming remain strong with rising consumer demand and government support for organic.

“It is clear both government and shoppers are waking up to the benefits organic can deliver for nature and the environment, and these latest figures show that, with the right incentives, nature and climate friendly farming can grow rapidly.”

The rise in organic farming last year is expected to continue in 2022 after the government announced earlier this year that they would pay up to double the previous rates to farmers in England who convert to organic.

All payments for organic farming are rising by between 50 and 500 per cent for those entering a new scheme with Countryside Stewardship, which is open for applications until July.

UK farming must rise to the challenge

The latest land stats also follow the UK organic market breaking the £3 billion mark for the first time ever in 2021 – growing by 23 per cent from 2019 to 2021, and significantly out-performing non-organic sales.

“The long-term goals that government has set out for agriculture, with a new focus on protecting soils, wildlife and the environment, are in harmony with the principles of organic farming. Alongside continued growth in the organic market, this should give any farmer greater confidence to switch to or maintain organic farming practices, despite the short-term uncertainty facing every farm.”