The future of British vegetable production is under threat as UK growers face mounting production challenges and falling prices, the British Growers Association (BGA) has warned. 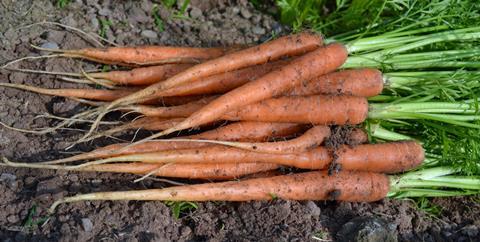 The future of UK veg production is under threat, says BGA

Spiralling costs and extreme weather conditions, against a backdrop of continuously diminishing returns, is draining confidence from the UK vegetable industry and now threatens its viability, the association has revealed following a report into UK carrot and broccoli production.

The report, commissioned by the BGA at the start of the season, found that in April the average rate of inflation for agricultural inputs hit 28 per cent driven by ”massive” increases in fuel, energy, labour and fertiliser. Meanwhile, retail veg prices in many instances were lower than five years previously.

The effects of drought and record temperatures in the months that followed further compounded grower problems, with many key vegetable growing areas recording minimal rainfall since the start of June.

The report’s findings have prompted the BGA to call for an urgent reset in the returns to growers to ensure future continuity of UK vegetable supply.

“Unless growers can see a way of securing viable returns for the risks they take in growing vegetables, they will turn to other lower risk options such as growing other less risky crops like wheat, sugar beet, energy crops or even converting more land to solar farms and we are already starting to see this,” said BGA CEO Jack Ward.

“We urgently need a reset in the way UK vegetable growers are rewarded to ensure the risks from weather and the inflationary costs are more equitably shared across the supply chain.”

Lack of rain in recent weeks is not only affecting crops planted in the spring, but crops that are being planted now for harvest during the winter, Ward added.

“Brassica growers have already been reporting plans to cut back production by as much as 20 per cent, and this coupled with the anticipated losses due to the ongoing drought could leave UK veg supplies in a deficit situation as we move into the autumn and winter,” he said. “Moreover, possible restrictions on water usage could make an already difficult situation even worse.”

Growers need a significant price increase for their products to cover the inflationary effects on input costs and the financial impacts of this summer’s drought, he said.

“In the last 12 months we have seen cost increases at retail of over 20 per cent in other sectors (such as dairy and butter) yet the inflation in chilled veg is at 6.3 per cent which means that growers and retailers are between them absorbing some of the extra production costs in an already fragile sector, a situation that cannot continue.”

This lack of return is draining confidence out of the industry at a time when the UK needs to be investing in vegetable production, he added.

Production challenges are becoming increasingly common due to the weather volatility, Ward continued.

“In recent years vegetable production has had to contend with drought, record rainfall, record amounts of frost and, this year, temperatures, all of which significantly affect crops growing in the ground,” he said.

“During the season, production from UK farms will represent the majority of retailer supplies. The production dips we are anticipating will make supplies of veg tight as we move into late autumn and winter.

“This situation is not confined to the UK. Other parts of Europe which have traditionally supplied the UK when domestic production was short are experiencing similar issues with production costs increases and record temperatures.”

“The relentless pressure over the last five years to reduce costs has left growers with nowhere to go in the face of the current challenges, and expecting growers in other parts of the world to make good any shortfall in domestic production may no longer be the solution,” he said. “We face global food security challenges and therefore need a properly funded UK vegetable sector in order to meet the growing demand for this critical element of our national diet.”