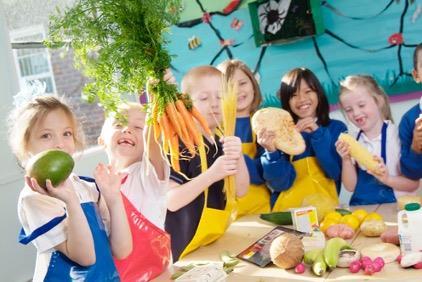 A new survey has revealed widespread confusion among people of all ages about which foods count towards your 5 A Day or provide certain nutrients such as fibre and protein.

Nearly a quarter (24 per cent) of all school children think chicken is a source of fibre, although it provides no fibre at all. Meanwhile, only half of all adults, 46 per cent of older children, and 29 per cent of younger children know that chickpeas are a source of protein.

In reality an average adult portion of canned chickpeas provides around a fifth of the average adult’s recommended daily intake (45g for women and 56g for men).

The survey also shows that many people do not currently eat, or have never tried, a range of plant foods, such as beans and lentils, which provide essential nutrients like protein and fibre.

Sara Stanner, science director at British Nutrition Foundation, said: “Government advice is for us all to eat more plant-based foods because they’re good for us and for the environment. It is concerning that there is confusion across the UK about the nutritional contents of some common foods, including plant-based foods.

“Lack of knowledge means people are less empowered to make informed choices, and achieving a healthy diet, with a good balance of the right types of foods, is more difficult if you don’t know which key nutrients the foods that we eat provide.”

He added that eating plenty of fibre as part of a healthy, balanced diet is linked to a lower risk of heart disease, stroke, type 2 diabetes and bowel cancer. Most people in the UK do not get enough fibre – adults are recommended to have 30g of fibre each day, but we are currently only eating 19.7g on average.

The survey findings also reveal a mixed picture when it comes to how people most commonly manage their food waste. A quarter of all adults say they put their food waste in the general waste bin, with only 17 per cent using a compost bin, and 27 per cent freezing left over food to eat at a later date.

Nearly a third (32 per cent) say they use ‘what they can’ of unused foods, cutting off mouldy bits and eating the remainder, while 30 per cent say they look for a recipe to help use leftovers up.

Now in its 10th year, the British Nutrition Foundation’s Healthy Eating Week, taking place 13-17 June 2022, will see millions of adults and children participating in a series of daily challenges linked to the theme ‘Eat well for you and the planet’. The campaign aims to raise awareness about healthier and more sustainable diets and empower people to make positive changes.