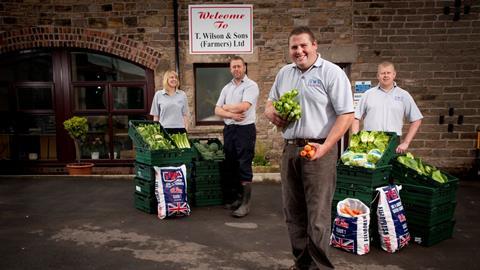 End of the line for veg grower T.Wilson & Sons

St Helens grower blames effects of the pandemic for business failure, despite successful sale of its haulage operation

Veg farming and haulage firm T.Wilson & Sons (Farmers) has harvested its final crop and is now in administration.

A 45-year-old business, T.Wilson & Sons appointed Nicola Baker of Rushtons Insolvency on 14 June following a year-long battle to survive the financial effects of the pandemic.

The directors of the business, based at Maggots Nook Farm, Rainford, St Helens, called in the turnaround and recovery specialists following two years of very difficult trading.

The business comprised a farming and haulage division. The 1,800-acre farming division grew fresh vegetables and salad produce across Lancashire, Merseyside and Cheshire for customers including Aldi, Booths, Hello Fresh and a number of foodservice providers across the UK. The haulage division had a fleet of 25 trucks and 40 temperature-controlled trailers that transported produce for a variety of food industry customers.

Despite a sale of the profitable haulage division to Preston-based Len Wright Salads in May 2022 - safeguarding 42 haulage and support jobs - the directors were unable to secure a sustainable future for the farming side of the second-generation family business in its existing format.

On 29 April, the farming division of the business ceased to trade, with the loss of 35 jobs in the farm, packhouse and administrative roles, leaving the directors to place the company into administration.

“The last few years have seen an unprecedented squeeze on many farms and aspects of food producing businesses, and, sadly, despite the strongly performing specialist haulage business, it was simply not possible for the company to keep trading as it was in the current economic climate,” Baker explained.

“The efforts of the Wilson family and a key customer of the haulage business have saved a significant proportion of the jobs involved, and the new business continues to provide haulage services for customers following its sale. However, the directors had a responsibility to cease trading and protect the creditors of the unviable farming side of the business.”

Baker has appointed Eddisons Commercial to auction the remaining assets of the business, including a significant volume of farm machinery and food processing equipment which will be sold by online auction in the coming weeks.

Further information about the auction is available at https://auctions.eddisons.com.