Driven by its Polish and Colombian ventures, the Portuguese retailer expects yearly sales growth in the double digits 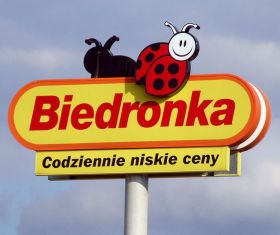 Portuguese food retailer Jeronimo Martins has revealed that it anticipates double-digit annual sales growth for the next three years, according to a report from Reuters.

The announcement came on the back of €2.5bn in capital expenditure, as the company continues expansion of its core business in Poland.

The retailer's Polish business Biedronka will see store numbers increase by 50 percent to 3,000 by 2015, the company said.

By this time, Biedronka is expected to account for 80 per cent of group sales, up from the current 61 per cent.

Jeronimo Martins is also set to enter the Colombian market next year, with plans to open at least 150 stores in the next three years.

Investment in Colombia is expected to total €400m, including €100m next year in order to open the first 30-40 stores.