A bilberry gene mapping project at Plant & Food Research in New Zealand is exploring the potential to hybridise the northern European shrub and the domesticated blueberry. 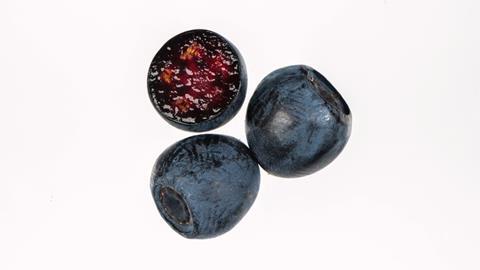 The bilberry is found across much of northern Europe and as far north as the Arctic Circle, with its berries harvested for food and medicine.

The question, according to researchers, is whether hybridising the bilberry and blueberry can produce a modern cultivar with coloured flesh. “It’s great to work with our northern European counterparts on a plant and be able to import a new plant that wasn’t previously found in Aotearoa,” said Plant & Food Research scientist Dr Richard Espley. “The research has provided us with invaluable insights into the Vaccinium genus, and to some of its most important genetic characteristics.

“Having knowledge on evolutionary biology will help those in the northern hemisphere to understand how the indigenous bilberry will cope with climate change. For New Zealand, the potential lies in future blueberry breeding programmes that can take advantage of the bilberry’s unique and health-benefitting anthocyanins. We can potentially look at new premium varieties of blueberry, with emphasis on coloured flesh.”

The team worked with representatives from Sápmi, formerly known as Lapland, and a Biocultural Notice has been published on the work, acknowledging the cultural significance of the bilberry in its native land and its importance to the indigenous community. Funding came from MBIE in the ‘Filling the Void’ programme, whose aim is to discover the reasons for the high pigmentation of certain berries and how that trait can be transferred to commercial varieties.