The EU organic movement has taken legal action to stop environmental labelling like the Eco-score, which it argues is “misleading” to consumers and “unfair” to organic production

IFOAM Organics Europe and the French Association of IFOAM Members are challenging the use of the “Eco-score” as an environmental label for non-organic food products as misleading to consumers, bringing legal action before the Paris Court of Justice.

“The organic movements request the termination of the use of environmental labelling of food products that is considered unfair to organic production and deceptive for consumers,” IFOAM stated.

The challenge is directed at the use of the Eco-score by Ademe (the French agency for the ecological transition), Yuca, operator of the Yuka platform, Eco2 Initiative, operator of the Etiquettable platform, and the association Open Food Facts.

IFOAM argues that the association of “Eco” with non-organics is unlawful and likely to create confusion among consumers across Europe concerning the differences between products from conventional and organic production. 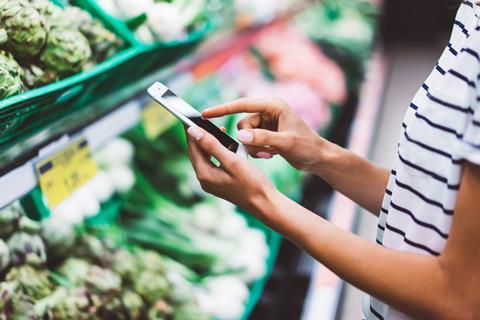 It also questioned the rating methodology used, principally based on the Agribalyse database and the Life Cycle Assessment (LCA) of the Ademe, contending that it “favours, in the end, intensive and conventional production rather than a transition of production systems towards processes that respect the environment and biodiversity, and is not adapted to provide consumers with relevant information on the environmental impacts of food products”.

Two additional legal actions have been initiated by IFOAM Organics Europe and the French Association of IFOAM Members, the first pursuing the invalidity of the “Eco-score” trademark registered by Ademe and the second examining the application of the “Eco Impact” trademark submitted by Foundation Earth.

Jan Plagge, president of IFOAM Organics Europe, commented: “Instead of fighting greenwashing, labelling schemes like the Eco-score contribute to it. They potentially mislead consumers about the organic or non-organic nature of the food products on which they are displayed, and favour products from intensive agriculture. The organic movement is concerned about the spread of such labelling schemes in several EU countries. It is more important than ever to better inform consumers about the environmental value of their food choices.”

Jacques Caplat, president of the French Association of IFOAM Members, added: “In an already difficult context of inflation for producers and consumers, attacks on organic farming, whether linked to the use of misleading terms or biased methodologies, must be stopped. Terms that are only allowed on organic food products by EU regulations should not be used for other purposes, and certainly not on food products that are not very environmentally friendly as is currently the case with the Eco-score.”