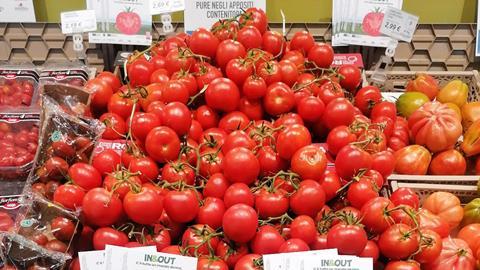 In&Out ends second year on a high, with plenty more to come

In&Out, a three-year public campaign to promote the quality, wholesomeness and sustainability of European fruit and vegetables, has reached its target audience.

Organised by Italian group Apo Conerpo and co-funded by the European Community, the campaign also aims to enhance the role of grower organisations throughout the EC.

More than 5,400 promotional days were organised by the end of 31 August 2022, the date that marks the end of the project’s second year.

More than 450 points of sale were involved in the target countries – Italy, Austria and Denmark – and over 11,000 consumers participated in its online contest, in addition to thousands reached and involved during every single day of in-store promotional initiatives.

“Given the difficult wave of contagions that made developing in-store initiatives much more complex, the balance for the project’s second year is largely positive,” stated Apo Conerpo president Davide Vernocchi.

“By 31 August 2022 we have held over 5,400 promotional days in the three countries. In the last 12 months, national stores belonging to cooperatives of the Conad Group, the Coop Group and the Arena Group were involved in Italy, alongside initiatives in 107 Bilka and Fotex stores in Denmark.”

Having come to the end of year two of the three-year project, Vernocchi said its results had been very encouraging despite the challenges of the pandemic.

“We can say that we are satisfied. In particular, over the last few months, a good deal of attention was drawn to the crucial role that fruit growing can play in the fight against climate change: informing consumers on this front, in one of the hottest and driest summers ever, can only have positive implications in terms of greater awareness of the population and enhance the commitment of our growers in their daily efforts to put good, wholesome, but above all, sustainable and environmentally friendly fruits and vegetables on tables.” 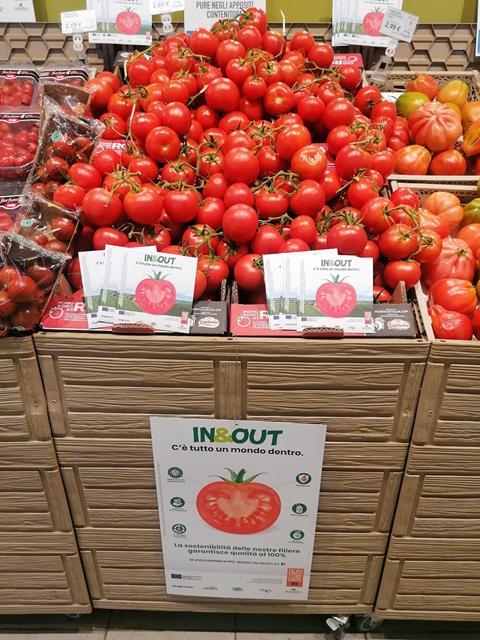 The kick-off of the third and final year starts on 1 September and ends on 31 August 2023. In&Out will have an “even greater, bolder presence” in stores, as well as in the trade and consumer media

“For the next few months,” Vernocchi continued, “Covid-19-related restrictions permitting, we will work on highlighting the typical fruits and vegetables of this season, with a special focus on kiwifruit, apples, pears, and table grapes.”

Vernocchi was also pleased with the positive results of its ‘Vinci in leggerezza’ contest.

“After the excellent response of the 2021 contest, we chose to continue with this initiative that allows us to evaluate the project’s impact on the consumer and promote healthy and tasty forms of nutrition among consumers”, he continued.

“The 2022 competition allowed us to collect over 11,000 new opinion questionnaires in the period from 15 April to 15 July 2022. Many consumers took part in the short online quiz on the In&Out project website, with the aim of being one of the lucky winners of one of the Beper brand multi-cooking steamers. For the last year we have been studying an exciting new proposal that will be announced in the coming weeks.”

All information on the project and updates on its next activities, as well as many tasty recipes and proposals to make the most of European fruit and vegetables, are available on the website www.ineout.eu.