No time to sit back and relax 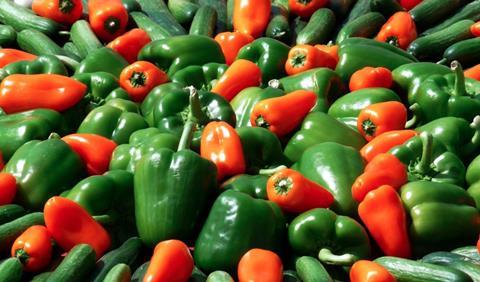 In our previous article on the consumption of vegetables produced in greenhouses we concluded that the overall outlook for the European market is positive. This does not mean growers can sit back and relax, as competition remains fierce.

Actually, production areas of greenhouse vegetables in Germany and the UK have hardly increased over the last few years, despite the widely recognised trend towards sourcing of locally-produced food and the price-premium often paid for domestically produced vegetables (see Figure 2). This has various reasons, including:

…but opportunities for local production are mounting

It is expected that eventually greenhouse production in large import markets will rise. We sense a growing interest by investors in the greenhouse sector. Furthermore, consumer preference for local produce seems to be lasting. The technology to control greenhouse production from a distance (for example by a company in the Netherlands) makes it easier to control multiple international production locations. Possibilities to heat greenhouses with alternative energy sources such as residual heat from factories makes production less dependent on expensive (and less sustainable) heating with fossil fuels. In the UK, the increase in the greenhouse area could be spurred by the Brexit. In Russia, government support and import bans have accelerated investments in domestic greenhouses.

The game will continue: Spain vis-à-vis the Netherlands

Spain and the Netherlands are the dominant exporters of greenhouse vegetables in Europe. But in both the German and the UK market, the pressure from Spain is increasing, in particular for bell peppers and cucumbers (see Figure 3). The Netherlands is the largest supplier of imported tomatoes, bell peppers and cucumbers to Germany, the UK and the Nordic countries. In France, tomatoes from Morocco have become dominant at the expense of Spanish ones. In Russia, Turkey used to be a leading supplier before the import ban imposed on Turkish tomatoes.

Morocco has taken advantage of this ban. The increasing emergence of Spain has different reasons:

Spain’s competitive advantage is even more logical when you take into account the suitable climate, low cost prices, flexible production systems with low-capital needs, experienced growers, and the existence of a cluster of related activities (suppliers, logistics etc) in southern Spain.

This high concentration of greenhouse(-related) activities in a small geographic area is also an advantage for Dutch horticulture. Moreover, Dutch growers excel in high productivity achieved with high-tech solutions. Another success factor is the ability to supply quality premium products, such as snack tomatoes, consistently throughout the year–with the help of artificial lighting.

Yes, cost price counts but it is not the Holy Grail

Competitive production cost are important but not the only decisive factor in the European market. Growers can also compete with premium or niche products, local production for which customers are willing to pay a premium, and organic production. Last but not least, growers can create competitive advantage by teaming up with the right partners, for example breeders that provide them with new or exclusive varieties, exporters that are able to find lucrative export markets, or growers associations that pack and market in a very efficient or attractive way.