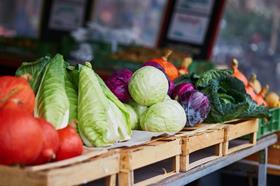 Two leading fresh produce directors at German retail giant Rewe Group have spoken about the need to tackle economic and logistical challenges by producing closer to the point of sale and using new technologies to make sourcing more efficient and cost-effective.

In an exclusive interview released through the retailer’s own media channel, Eugenio Guidoccio and Markus Bobenhausen admitted that fresh produce supply chains were under pressure as a result of several factors.

“The general supply situation is guaranteed and the availability of goods is normal,” says Bobenhausen. “In terms of prices, however, the situation is a bit tense. Rising oil prices are having an impact on freight costs, both for sea freight and for trucking companies.”

According to Guidoccio, climate change and in particular the politically charged question of carbon dioxide emissions have become major factors when it comes to fruit and vegetable prices and availability.

“Added to this are the increasing legal requirements with a view to the supply chains and their transparency. These are long-term requirements that we have to meet,” he explains.

In practice, the increasing unpredictability of weather patterns has made produce procurement harder than before, Guidoccio adds.

“Extreme weather conditions are no longer just increasing overseas, but globally, in Europe and even on our own doorstep,” he observes. “One example is the unprecedented early start to winter in the Mediterranean region last winter. The consequences were supply bottlenecks for sensitive crops such as berries and vegetables.”

A similar situation has occurred with potatoes, he notes. “Another example this year is the consequences of heavy rainfall in the growing phase for potatoes. The high rainfall has an impact on their quality and storability. They are unlikely to be as durable this year as they normally are. We also expect an earlier end to the season in Germany.”

This means the retailer has to procure from further afield. “With the potatoes, we have the advantage that we can prepare in good time and secure harvests in other countries or take advantage of production there – for example in Spain – in order to meet our needs,” says Bobenhausen.

However, climate change is also having a direct, adverse impact on supply sources. “The climatic conditions are shifting. If we used to have relatively stable temperatures in the winter season for berry cultivation in Spain, for example, we now see these further south, including in Morocco. So we have to supplement our deliveries accordingly, in order to ensure the availability of goods.”

How this works in practice depends on several factors, Bobenhausen reveals. “When it comes to storable fruit or vegetables, such as apples or potatoes, we can work differently than [we do] with a sensitive product like raspberries.

“It also depends on whether the cultivation cycles are short, as they are for potatoes, which means we can still influence them depending on the country of cultivation.

“If we are talking about stonefruit, which cannot be planted and harvested immediately, we have to find alternative producers quickly. Depending on the product, we have to react differently.”

According to Bobenhausen, Rewe had to look around for new sources of stonefruit last spring after crops in France were hit by frost. “Since we are flexible in terms of our procurement structures, we were able to compensate for this with acquisitions in Greece, Spain and Italy.”

For that reason, says Guidoccio, Rewe’s sourcing strategy is increasingly built on sustainable delivery programmes with suppliers that secure supply through long-term partnerships.

“We don't pursue a verticalisation strategy in cultivation, but in procurement. And we have advantages thanks to the expertise of [Mediterranean sourcing subsidiaries] Eurogroup and Campiña Verde.

“In addition, we have high-performance platforms at Rewe Group Fruchtlogistik’s central storage facilities, which we can use to control the flow of goods efficiently.”

Rewe is undoubtedly keen to seize any new opportunity to source fruit and vegetables from closer to home.

“Local cultivation and regionality are absolutely on trend from the customer's point of view,” Guidoccio confirms. “In this respect, this is an issue for us, because we also strive to keep delivery routes short. In this way we can cut both emissions and transport costs.”

Bobenhausen agrees: “There are certainly exciting approaches here when it comes to the availability of goods. The technology is developing further and Rewe Group has already established some interesting projects with its partners, such as greenhouses where peppers or tomatoes are grown locally and sustainably using geothermal energy, biogas systems and other alternative energy sources. The latter is also important because here we are again feeling the influence of rising energy prices.”

How can a retailer’s fresh produce buyers manage when factors like energy costs are largely outside of their control? Bobenhausen believes that challenge can be overcome.

“It is actually easier today because we are making the planning processes more intensive,” he suggests. “We have a higher level of commitment through direct contact with producers and more opportunities to ensure availability.

“Overall, we are now more professional and manage a selection of producers at a high level. In addition to the procurement expertise of Eurogroup and Campiña Verde, we have also further developed our logistical skills, for example through Rewe Group Fruchtlogistik’s warehouse hubs.”