Following the success of the first Tribelli Grill Party in Berlin, the sweet pepper brand will appear at next month’s Taste of London food festival 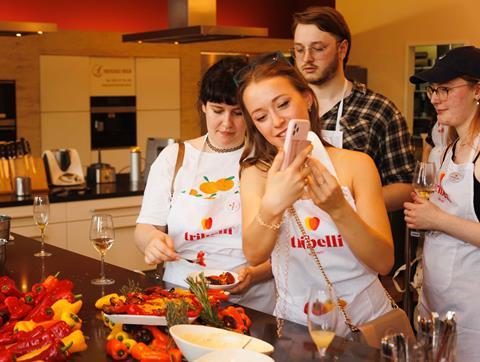 The event brought together 30 influencers and food journalists at the Koch- & Grillakademie cooking school to learn how to prepare four recipes: a starter, two main dishes and a dessert, for a barbecue party with Tribelli peppers.

“Vegetables like Tribelli peppers, already noted for their extraordinary natural sweetness, are especially delicious on the barbecue,” said chef Justus Wilms, who led the event.

The chef also highlighted the product’s versatility as it can become a key ingredient on the grill both as a main dish and as a side dish.

To round off the evening, a Weber barbecue was raffled among the attendees. German consumers also have the chance to win one of the barbecue’s though a specially-created promotional microsite, www.tribellipromo.com.

As part of this year’s Tribelli marketing campaign, Wilms’ recipes will be shared through the cooking portals Das Kochrezept and EatSmarter.

Enza Zaden, the company that created Tribelli, is now preparing the next big event aimed at European consumers. The company will take part in this summer’s Taste of London food festival, which takes place in the capital city’s iconic Regents Park on 15-19 June and is expected to attract 55,000 visitors.

As in Germany, food influencers and journalists will be invited to discover the product first-hand during the special events that will be organised during the festival.

Tribelli peppers are available throughout the year in mini and XL formats.