Tomatoes that boost vitamin D could be among the first gene-edited crops to go on sale in the UK after the government committed to new legislation that will allow gene editing of food plants and livestock. 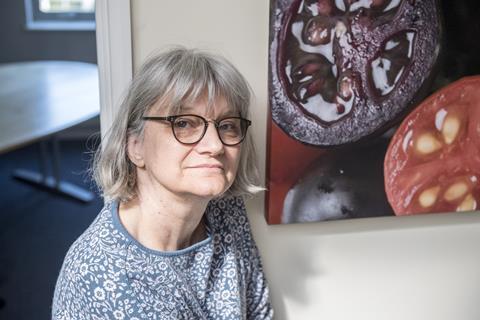 A team of researchers at the John Innes Centre in Norwich, led by Professor Cathie Martin, have created tomatoes that make large amounts of vitamin D in their leaves and fruit using pioneering gene editing technology.

They used CRISPR-Cas9 gene editing to turn off a specific molecule in the plant’s genome which increased provitamin D3 in both the fruit and leaves of tomato plants. It was then converted to vitamin D3 through exposure to UVB light.

The tomatoes – which look and taste like regular tomatoes – could represent a new dietary source of vitamin D, which around one in five adults and one in six children are deficient in.

Vitamin D is created in our bodies after skin’s exposure to UVB light, but the major source is food.

“We’ve shown that you can biofortify tomatoes with provitamin D3 using gene editing, which means tomatoes could be developed as a plant-based, sustainable source of vitamin D3,” said Professor Martin.

In the study, the tomato plants grew as well as the same tomato varieties that had not been gene edited, and the fruit was indistinguishable in appearance and flavour.

The study will now look at the nutritional benefits of the gene-edited tomatoes to ensure that the vitamin D can be successfully absorbed.

Techniques to extract the vitamin from waste leaves and stalks are also under development.

Field trials will also be carried out to show whether gene-edited tomatoes ripened outdoors in English sunshine will be similarly enriched with vitamin D.