IFOAM Organics Europe has urged the European Commission to adopt a “holistic and multi-dimensional approach to carbon farming” that is focused not just on the amount of carbon stored in soils but also on biodiversity protection and the systemic transition of farming systems towards agroecology.

“Biodiversity is not simply a ‘co-benefit’ of carbon sequestration in soils,” IFOAM stated in a new position paper on carbon farming. “Well-functioning ecosystems and biodiversity are a necessary condition for agriculture ecosystems resilience, climate mitigation and adaptation. ‘Carbon farming’ should therefore target systemic transitions of farming systems, through the adoption of a multi-dimensional approach.” 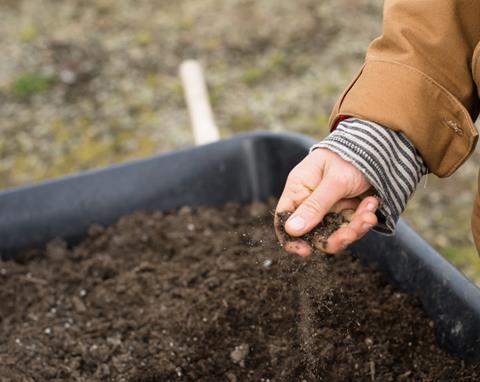 Jan Plagge, IFOAM Organics Europe’s president, stressed the crucial role of organic production. “Practices that are common in organic farming are already contributing to higher soil carbon stocks on organic farms while providing benefits for soil health, water quality and biodiversity protection,” he pointed out. “Organic farming should therefore be recognised as a carbon farming practice. It is important to make sure that the efforts of first movers, like organic farmers, are not penalised but recognised as well, so that it is not those who have failed to take action in the past who will be mostly rewarded by a carbon farming scheme.”

IFOAM policy manager Eric Gall added that “the adoption of beneficial management practices for carbon sequestration and biodiversity protection in the agricultural sector should be encouraged and farmers should be remunerated for their efforts”.

“Absolute emissions reductions are needed in all sectors and the recent IPCC report made it clear that the land sector cannot compensate for delayed emissions reductions in other sectors,” said Gall. “Organic farmers therefore doubt that carbon markets are the right policy tool to provide fair and reliable funding to farmers to enhance carbon sequestration in their soils.”

The warning came ahead of an upcoming vote of the European Parliament’s ENVI Committee on the revision of the LULUCF Regulation, an important piece of legislation concerning carbon removals, IFOAM said.

Another report from IFOAM lays out the multiple benefits of organic farming for the climate and biodiversity, including increased carbon sequestration in soils, a lower energy input, 30 per cent more biodiversity on the farm and increased resilience in the farming system.

We are not responsible for the content of external sites