Infarm has submitted its climate targets to the Science Based Targets initiative (SBTi), a move it has said ”puts it firmly on the pathway” to becoming net-zero by 2045. 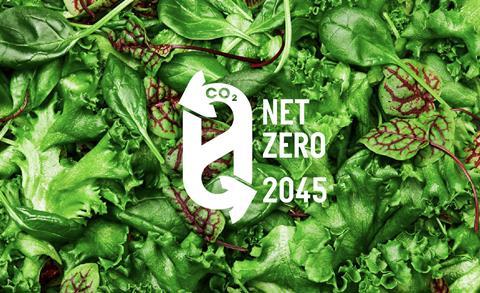 According to the company, which is co-host of the Food Systems Pavilion at COP27 in Egypt, it is the first vertical farming company to set science-based targets.

As part of its overall impact vision, Infarm has committed to several near-term reductions of CO2 emissions against a 2021 base year.

To ultimately reach net-zero by 2045, Infarm is committing to a total reduction of 90 per cent of Scope 1 and 2 emissions against the 2021 base year, and a total intensity reduction of 97 per cent for Scope 3 in the same timeline, with the remaining emissions to be tackled by net-zero aligned, permanent carbon removal technologies.

“According to the United Nations, food systems account for over one-third of the global greenhouse gas emissions,” said Sudhanshu Sarronwala, chief impact officer at Infarm.

”Knowing that we have to produce more food than ever before to feed a growing population, we need to act now and drive change in the food systems. Tech-driven companies like Infarm can and need to be the driver of this transition to a resource-efficient and climate-friendly food production.

“We don’t have all the answers yet but we are facing the challenge head-on, and acting for a net-zero future,” he added. ”Setting SBTi Targets is well aligned to our Impact Vision and in keeping with us being a recently Certified B Corporation.”

To tackle the major drivers of its carbon emissions, the company has conducted a hotspot analysis and is working on a mitigation pathway that will help it reduce emissions effectively and economically, and secure the future of the business and its stakeholders.

Infarm said that its main challenge was its supply chain emissions, with Scope 3 accounting for nearly 70 per cent of its overall footprint.

Long-term collaboration with strategic suppliers to jointly decarbonise the supply chain would be essential in Infarm’s net-zero roadmap, it pointed out.

”A continued focus on sourcing renewable electricity, producing resource-efficient crops, and tackling the impact of its climate-control systems will also play a critical role in achieving Infarm’s targets.”

In its Impact Vision Paper published earlier this year, Infarm announced that it had signed a commitment to setting science-based targets.

”Delivering on that commitment today, Infarm has developed these targets as a key driver of its climate strategy to reach a net-zero emissions state in line with the Paris Climate Accord.” the group stated.

”Science shows that global emissions must be capped in time to secure a 1.5°C maximum average temperature rise by the end of the century, and prevent catastrophic climate change.”