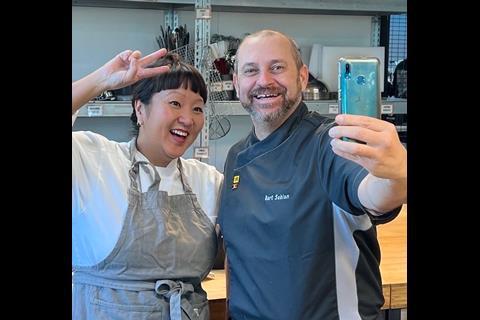 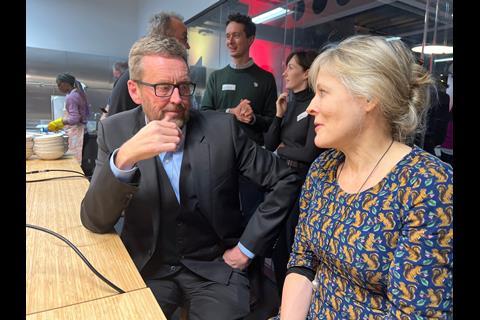 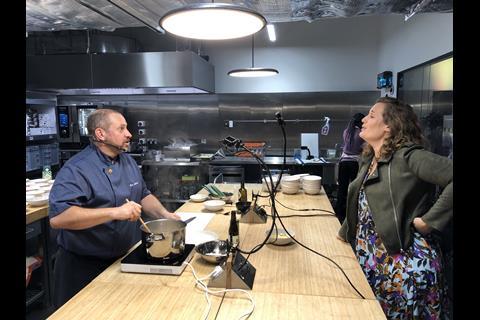 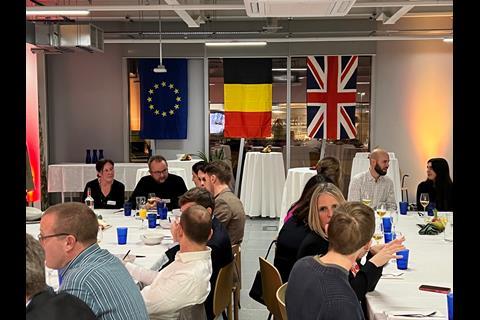 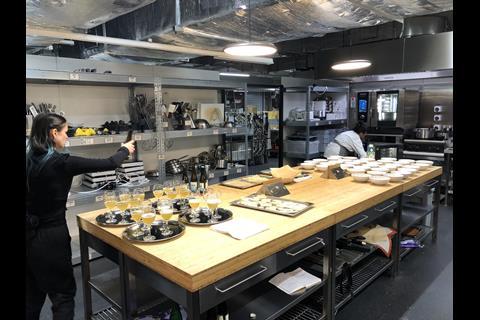 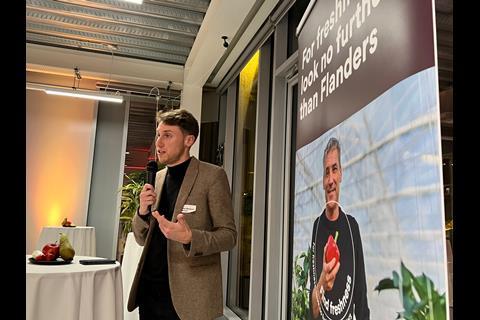 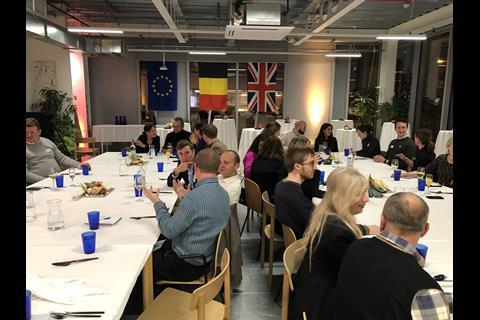 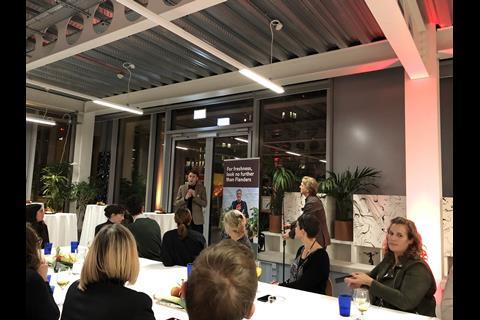 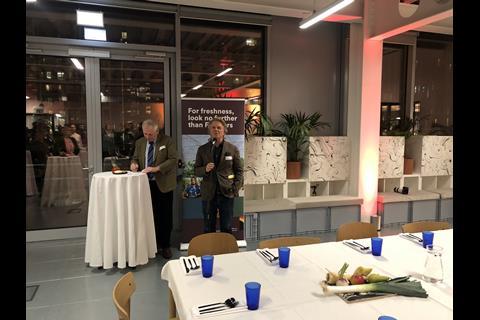 The event at New Covent Garden’s Food Exchange brought together a select group of British and Belgian fresh produce businesses, to sample some of the Belgian fruits and vegetables available to restaurateurs across London and the South East this winter.

Taking over the development kitchen at Mission Kitchen, Flemish chef Bart Sablon live-cooked a series of dishes using freshly picked produce from the fields of Flanders. He was assisted by London chef and recipe developer Yvonne Poon.

Guests were able to wander into the kitchen, watch the cooking, and ask the chefs questions while the food was being prepared.

Each of the four courses – which featured Belgian parsnips, turnips, leeks, baby endives, bell peppers, apples and pears – was expertly paired with an artisanal Belgian beer to enhance the flavours of the dish.

Sablon’s four-course dinner focused on fresh fruits and vegetables from Flanders. The main course included locally-reared pork cheeks too, and the dessert of Belgian white chocolate mousse was accompanied by an innovative caviar of Belgian Jonagold apples.

Belgium is one of Europe’s largest producers of field vegetable. Its thousands of small family farms are famous for traditional local favourites such as chicory, white asparagus, and Brussels sprouts.

For its British customers this autumn, Belgium is focusing on products such as tomatoes, peppers, leeks, and quality topfruit, including Conference pears.

Belgian ambassador to the UK, His Excellency Bruno van der Pluijm, welcomed guests and said Belgium, long renowned for waffles and fries, is now gaining a reputation for its “fantastic regional cuisine”.

He added that importers of Belgian fresh produce in the UK often cite the high quality of Belgian product above all other attributes.

FPJ managing director Chris White, who helped to organise the evening and acted as compère, stressed that London is a “local market for Belgium” since it is just 200km away.

He said Belgian exporters are actively targeting UK wholesale markets with high-quality produce including Conference pears, tomatoes and strawberries, as well as lower-volume exports such as asparagus, endives and parsnips.

Belgian asparagus are not currently in season, but parsnip was the star of Sablon’s first course: a soup of what he called “forgotten” winter vegetables.

Jo Breare, general manager of Covent Garden Market Authority, stressed that the market’s traders hold Belgian produce in high regard and sell a large volume of it.

“It is consistently of the highest quality, which is exactly what our tenants and their customers demand,” she said.