OF&G (Organic Farmers & Growers), the largest certifier of organic land in the UK, has published a policy paper to clarify the position of organic within the context of regenerative agriculture.

According to chief executive Roger Kerr, the term ‘regenerative agriculture’ has gained traction in recent years, but risks creating confusion. More than 85 per cent of OF&G’s licensees express concern over the lack of a clear definition.

An analysis of 279 published articles on regenerative agriculture by researchers at Wageningen University showed that different principles and practices were being used to guide their interpretation, OF&G stated. 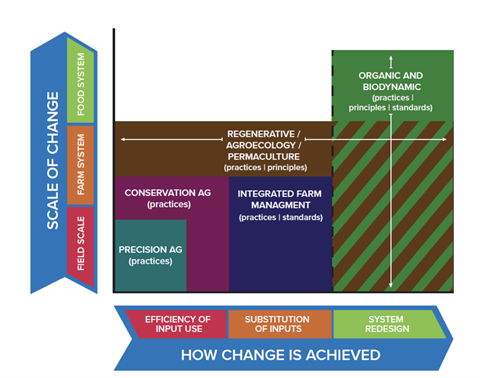 “For over 70 years, organic production has focused on strengthening the health of soils,” said Kerr. “Organic producers already undertake regenerative practices, day in, day out, as they implement clear and legally binding organic production standards. Organic prohibits the use of artificial fertilisers and synthetic biocides that are known to impact climate change and biodiversity loss.”

Kerr said that the war in Ukraine had highlighted the UK’s dependence on imported fossil fuel-based agricultural inputs like fertiliser. “It is therefore critical that we seek to encourage farming systems that avoid their use like organic,” he said.

“OF&G believe there is little appetite or need to add to the regulatory burden with additional substantiation of so-called regenerative methods within existing organic standards,” he added. “In the UK, organic farming is at the vanguard of regenerative farming, with clearly defined practices, outputs, impact and intent and deserves acknowledgment as such.