Global climate action NGO Wrap has produced a report for the G7 in support of the seismic shift in international strategies tackling greenhouse gas emissions expected to take place soon, and to help address the massive volume of greenhouse gases linked to ‘consumption’ currently passing unchecked into the atmosphere every year. 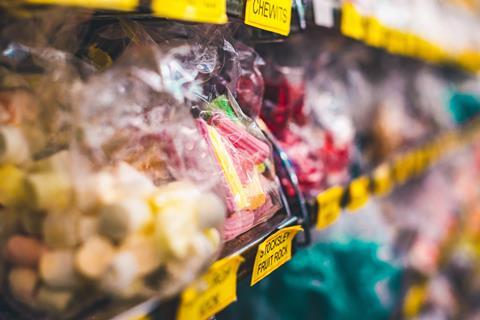 With G7 countries controlling or influencing a quarter (27 per cent) of all global emissions, Wrap welcome the announcement earlier this year that the G7 would increase focus on making resource efficiency and circular economy the norm and pursuing sustainable consumption and production models.

Since then, the climate action NGO has been developing a series of strategies to help implement the intentions laid out by the G7.

Marcus Gover, Wrap’s CEO, commented: “Actions by every citizen on Earth are fuelling this climate emergency, and governments need to move faster in acting on consumption-based emissions.

“The G7 members alone are currently falling short by nearly 2bn tonnes of greenhouse gas emissions every year in terms of consumption-based emissions. Our report is the blueprint for those nations to implement the promises they have made, and we look forward to supporting them in doing so.”

The findings are from WRAP’s report Seven steps towards net zero, which expands on earlier work examining the situation in the UK that set out eight strategies to tackle consumption-based emissions.

The new report takes the work to an international level with an assessment of the G7 member states and makes recommendations applicable for other governments and businesses across all nations.

Wrap said a key blind spot it has identified shows that those countries that import a high proportion of foods, goods and services fail to measure and report the emissions embedded into those imported goods. These are currently not captured or counted, and impossible to address.

To help counter this and provide a framework for how the G7 members can effectively reduce consumption-based emissions through resource efficiency, Wrap sets out seven strategies that can be adopted across government, business and civil society.

These fall under three categories of transforming food systems, making products last longer and changing material use and detail the potential greenhouse gas emission reductions possible against three scenarios from a low impact, a central and a transformative scenario with radical change in levels of consumption.

For example, the carbon footprint of food production contributes 37 per cent of global greenhouse gas emissions. This can be reduced in three ways: by cutting emissions from food production (for example through regenerative agriculture), changing the types of food we produce and eat and reducing food waste.

“For example, the UK has reduced food waste by 27 per cent per capita since 2007, beating a path towards successful delivery of SDG 12.3. With food loss and waste generating 8-10 per cent of global greenhouse gas emissions, it is urgent to embed food loss and waste reduction in NDCs and net zero pathways and highlight the contribution of consumption-based emissions.”

The seven strategies identified by Wrap support reductions in both territorial and consumption-based emissions. If implemented, G7 countries could avoid between 300m and 1.8bn tonnes CO2e per year by 2030, with a central estimate of 800m tonnes CO2e by implementing all recommendations fully.

They also offer benefits for health and wellbeing, as well as helping to address environmental issues such as biodiversity loss.

Wrap is calling on not only the G7 nations of Canada, France, Germany, Italy, Japan, UK and the US, but on all countries to monitor and set reduction targets for their consumption-based emissions, alongside reporting territorial emissions under existing international agreements.

Specifically, it warns that the 1.5°C Paris Agreement target will be missed unless all countries, particularly G7, measure and act on emissions from imported goods generated along with global supply chains (consumption-based emissions).

Furthermore, Wrap said all countries must adopt actions to reduce food waste in their Nationally Determined Contributions (NDCs) submitted to all future COPs, and support businesses and individuals to change the way they produce and consume goods and services. This helps them to reduce territorial emissions.

Wrap is also calling for all businesses to work with suppliers and partners to set and commit to deliver greenhouse gas target in line with 1.5°C, including their scope three emissions.