Critics say the EU’s Harmonised Risk Indicator adopted in 2019 is ineffective, discriminates against organic farming and undermines the goals of the Farm to Fork strategy

The organisers of the European Citizens’ Initiative (ECI), Save Bees and Farmers, along with PAN Europe and IFOAM Organics Europe, have called on the EU to improve the indicator that measures progress on reducing synthetic pesticide use.

The ECI has been signed by 1.2m Europeans, demanding an 80 per cent reduction in chemical pesticide use by 2030 and their full phase-out by 2035.

Save Bees and Farmers said the European organic movement was looking forward to seeing the European Commission adopt a proposal to regulate the Sustainable Use of Pesticides (SUR) on 22 June.

“This urgently needed proposal must start the much-needed transition to a health-, climate-, and biodiversity-friendly food system by making the Farm to Fork Strategy’s target for a 50 per cent Union-wide reduction of – both the use and risk of – chemical pesticides by 2030 legally binding,” it stated.

The Harmonised Risk Indicator 1 (HRI-1) was adopted by Member States in 2019, but the European Court of Auditors has since found that the reduction shown by the HRI-1 was mainly due to a decrease in sales of substances that are no longer approved, as opposed to an actual reduction in pesticide use. In 2020, the Court of Auditors called on the European Commission to improve the HRI-1. 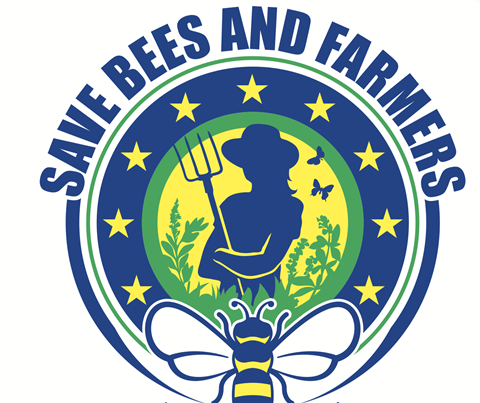 Helmut Burtscher-Schaden of Global 2000 (Friends of the Earth Austria) commented: “The HRI-1 indicator is ineffective to measure pesticide reduction and undermines the ambition of the Farm to Fork strategy. A major misconception of the HRI-1 is that it establishes causality between the amount of pesticide used and the resulting risk, while largely ignoring existing differences in toxicity and treated area. Yet these differences amount to a factor between 10 and 1,000 when comparing synthetic active substances with naturally occurring active substances. Despite this, the HRI-1 attributes exactly the same risk to a kilogram of quartz sand – just sufficient to protect five trees from browsing by game – as to a kilogram of a pyrethroid insecticide – enough to kill every living insect over 200ha. To largely ignore these differences, as the HRI-1 does, inevitably leads to grotesquely wrong results.”

The effect, critics of HRI-1 said, was to discriminate against organic farming, for which synthetic pesticides are prohibited and only substances that already exist in nature can be used for crop protection, and only as a last resort.

Eric Gall, policy manager at IFOAM Organics Europe, stated: “The HRI-1 indicator leads to absurd results and gives the wrong impression that organic farming is the problem, because it is mainly a volume-based indicator that discriminates against natural substances. Relying on a misleading indicator to measure pesticide reduction is ineffective and unfair to organic farmers who are the ones who strive to find alternatives to toxic synthetic pesticides. It is also in contradiction with the EU’s target of reaching 25 per cent organic agricultural area by 2030. There are already more suited indicators used at national level in some Member States, that better take into account the area treated and toxicity profiles, that rely on existing data on pesticide sales and that can be readily used to fix the SUR.”

IFOAM Organics Europe pointed to the example of the French indicator, NODU, which provides information on the intensity of the use of pesticides, with an indicator in hectares reflecting the total area that would be treated with the active substances sold in a year.

“The advantage with this indicator is that it does not discriminate against natural substances,” IFOAM said. “Finally, the Commission and the Member States already collect the data necessary to calculate the NODU.”

Martin Dermine, policy officer at PAN Europe, added: “The Harmonised Risk Indicators chosen by Member States give a false impression of a reduction trend of the risk posed by pesticides in the EU.  Contrary to the HRI-1, other official data show citizens are more and more exposed to toxic pesticide residues in their food. Member States must stop arranging figures and delaying action to reduce toxic pesticides: the European Commission must fix these Harmonised Risk Indicators when publishing the revised Sustainable Use Regulation proposal.”