Rabobank has released a new report on the global avocado market that shows the industry is continuing to grow around the world. 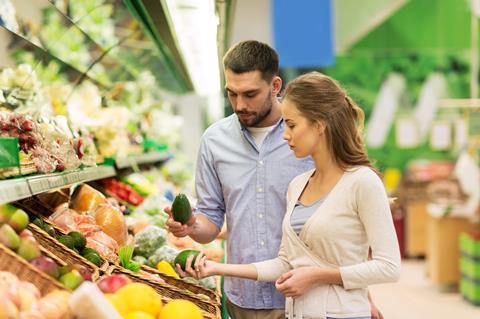 The report, Plenty of Avocado Advocates Around the World, confirmed that the US remained the main global importer of avocados, and said that the European market had been booming with growth now expected to slow.

According to David Magaña, Senior Analyst – fresh produce at Rabobank, the US is keeping its ”unwavering demand” for avocados and will continue to be the largest avocado importer in the world, accounting for almost 40 per cent of global avocado imports.

Availability of avocados in the US has increased consistently during the past 15 years, from about 1bn pounds in 2005/06 to over 3bn pounds in 2020/21.

Per capita consumption has surpassed nine pounds – nearly three times the European consumption level. Despite the increasing annual availability, prices in the US have remained strong.

There have been some supply disruptions in 2022, causing lower-than-usual shipments from Mexico and multi-year high prices, Rabobank reported.

For the second half of 2022, availability in the US is likely to improve, given enhanced exports from the Mexican state of Michoacán and new exports from Jalisco, potentially bringing prices closer to average levels.

Rabobank said that the European avocado market had been booming for the past decade, with average growth rates of over 12 per cent per year in the EU and UK, with great potential for further growth.

The total market in the EU and UK is estimated at 861,000 tonnes, with France, Germany, and the UK as the main avocado markets, accounting for roughly half of the volume on the continent.

Average consumption in the EU is 1.5kg per capita. The highest per capita consumption is recorded in the Nordic countries, as well as in Portugal, Spain, and France.

Eastern European countries, including eastern EU member states, Russia, and Ukraine, have so far been catching up, the report outlined.

“Increased promotional efforts and storytelling on the healthfulness of avocados and the sustainability efforts in producing countries are needed to sustain consumption growth,” van Rijswick continued.

South America has become the second most important supplier of avocados after Mexico, with different market stages for the three main producing countries: Peru, Chile, and Colombia.

Market diversification will be a key factor in 2022 and beyond due to the potential oversupply in the European market – Europe is the main destination for South American avocados.

“We are likely to see increased volumes of Peruvian avocados in the US. Also, Peru reported interesting results in Asian markets in 2021, thanks to greater exports to South Korea (up 175 per cent), Thailand (up 84 per cent), China/Hong Kong (up 74 per cent), and Japan (up 53 per cent),” commented Gonzalo Salinas, senior analyst – fresh produce at Rabobank.

Rabobank pointed out that factors to consider were the cessation of imports from Russia and Ukraine and the slowdown in European consumption growth.

In Chile, the consumption level of avocados should remain high, but Chilean imports will decline due to a recovery in domestic production, the report added.