Survey suggests that following two years of pandemic where retailers and suppliers worked closely together and improved their relationships, the pressure from rising prices has caused problems 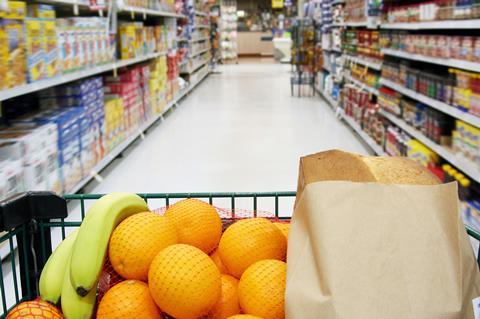 Inflation has strained the relationships between UK retailers and their suppliers, the Groceries Code Adjudicator’s (GCA’s) 2022 sector survey has revealed.

Key findings of the survey, which covers the entire grocery sector and not only fresh produce, include that:

Results from the survey run by YouGov suggest that following two years of pandemic where retailers and suppliers worked closely together and improved their relationships, the pressure from rising prices has strained relationships, and Code-related issues between the two have also risen.

In response to these difficult conditions, retailer performance is mixed. Aldi returns to the top of the leader board with a score of 98 per cent and in total five retailers either improved or maintained their score despite sector challenges.

However, the other eight retailers have seen falls (of up to 11 per cent) in the way their suppliers have scored them.

Mark White, the Groceries Code Adjudicator, said: “Inflation has affected the entire groceries sector as witnessed by the sheer scale of requests from suppliers to increase prices.

“I am concerned that the pressure has impaired relationships and created wider problems. My priority is to work with all the retailers to ensure they treat their suppliers fairly as they navigate the cost price process during this difficult time.

“It is also important that suppliers confidentially report any issues they have so I can take them up swiftly with the retailers.”

There were more than 2,500 responses to the 2022 Groceries Sector Survey – the ninth conducted by the GCA. For the first time suppliers were asked about whether they had been affected by either a retailer refusing to consider a CPI request or an unreasonable delay in agreeing or in implementing an agreed CPI.

The survey provides detailed information on the issues facing the whole industry, supplier knowledge of the Code and the GCA, and their feedback on the performance of the retailers.

The survey shows reduced Code-compliance compared to the previous year – 47 per cent of suppliers have experienced no Code-related issues compared to 56 per cent in 2021.

Meanwhile eight per cent of suppliers raised an issue with a retailer in the past 12 months which is, despite the fall in the number of suppliers without any Code-related issues, consistent with the 2019-2021 results.

The groceries sector, along with the wider economy, is suffering from a perfect storm of supply chain shortages, and higher energy, raw material/ingredient, and packaging costs. This significant inflation is affecting suppliers of all types of grocery products. Of those surveyed at the start of 2022, 80 per cent had asked for a CPI.

However, 26 per cent of the suppliers have been affected by the refusal of a retailer to consider a price increase request or an unreasonable delay in concluding the request. No other issue, either Code-related or non-Code-related, has been raised by a higher proportion of suppliers in the last five years.

A de-list often follows an unsuccessful CPI negotiation, which might explain why 16 per cent of suppliers raised issues with de-listing without reasonable notice (compared with 12 per cent in 2021). There was also a 3% rise in retailers not meeting their duties in relation to de-listing (from 6% to 9%).

A number of other issues were also raised by suppliers, including:

Following the publication of the results, YouGov is undertaking a series of deep dive interviews with suppliers on behalf of the GCA. The results will provide greater depth of understanding about the issues that suppliers are facing.

The results will be shared at the GCA’s annual conference in late September.